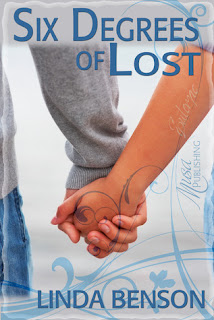 After Olive's mother is sent to jail for credit card fraud, Olive is sent to live with her aunt in Washington state while her brother is off for basic training.  It's there that she must come to terms with her mother's imprisonment and the fact that she will be living with Aunt Trudy longer than she first anticipated.  Meanwhile she meets David, a wealthy local boy who's dealing with coming-of-age problems of his own, including his father's determined plan to get him into the Air Force.

Six Degrees of Lost is a short novel, but I appreciated the alternating points of view because I feel like that really kept the plot and the pace of the book moving.  On the one hand we have Olive, a thirteen year old girl who is a bit delusional about who her mother really is.  Olive's mother isn't the greatest person and it's clear that she is much better off with her aunt, but she has a hard time believing that.  Aside from that, Olive loves animals and really enjoys helping her aunt out around the farm and at the animal shelter.  I love characters who love animals.

On the other hand, we have David, who grew up with a wealthier background than Olive but that hasn't made him full of himself at all.  He loves animals just as much as Olive and seeing them work together with the animals was great.  I really admired the way David thought for himself and didn't just blindly follow his father's advice.  Sure David's only fourteen in this novel, but he came across much more mature.  He's a boy any parent would be fine with to date their daughter.

Speaking of dating, the romance in Six Degrees of Lost is very sweet and innocent and entirely appropriate for the ages of the characters involved and for the book's middle grade/young adult readers.  The highlight of their relationship isn't sex and making out, but rather hand holding.  I'm no prude, but I'm not going to lie... I found that refreshing.

Like I said, I was glad for the alternating points of view because I felt like it kept the novel moving.  The book probably would have been pretty boring if it had only been one point of view because both David and Olive came across a little flat.  Their two halves made a whole, even if that whole got a little repetitive.  It wasn't until chapter forty or so (I'm estimating) that I really started to turn the pages because I wanted to know what happened next.  I think a younger reader would appreciate Six Degrees of Lost more, particularly readers in middle school.

Three stars - At times I felt the plot was slow and a little repetitive, but I really enjoyed the animal aspect of the book.  Ultimately I liked this coming of age novel, though I think it would be more appropriate for middle grade readers; I think they'll relate well to the storyline. 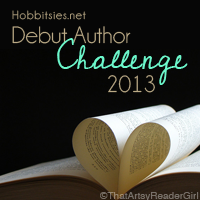 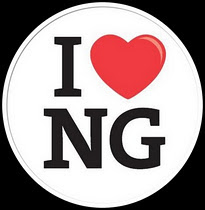